Have you seen the movie, “A Dog’s Purpose”? Just in case you haven’t, I won’t tell you how it ends. I can tell you I used a bunch of tissues. 😢

And I will tell you that at the end of the movie, when the dog starts barking at his owner, Shadow went from laying on her side to sitting up and watching intently. 🐶

When Callie and Shadow were youngsters, Callie would always sit in front of the TV – watching intently – if there were dogs or other animals on any program we were watching. And sometimes if the dogs on the TV were acting out, Callie would bark at them as if she were trying to tell them to relax. Meanwhile, Shadow would just chill out, wondering what all the fuss was about. 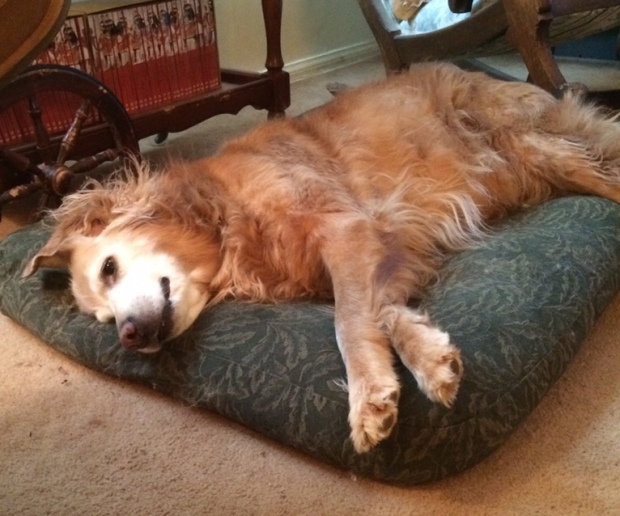 As I went to pick up the phone to take a picture, Shadow turned away from the TV. Just as she always did when she was young. For a minute or two it had been as though Callie was sitting there. Hubby and I looked at each other and then at Shadow. She had the same “What?!” look on her face. But I still feel Callie’s presence in the house.